The Ritual Modes project aims to establish an authoritative scientific framework for understanding the relationship between group ritual, social cohesion, and pro-group behaviour. Rituals have shaped human societies for millennia, but the exact social consequences of rituals are poorly understood. This project seeks to identify the fundamental components of rituals worldwide and chart their effects on patterns of group alignment and action. Our work involves collaborations with anthropologists, psychologists, historians, archaeologists, and evolutionary theorists from around the world with data collection in Brazil, USA, Cameroon, Libya, Singapore, Indonesia, Japan, Australia, New Zealand, and Vanuatu.

The ritual modes theory makes a series of testable predictions about the effects of ritual frequency and arousal on group size, structure, and patterns of transformation. The theory seeks to explain the differences observed between two broadly distinct patterns of religious organization and transmission: the doctrinal mode exemplified by the many forms and offshoots of the world religions, embracing vast followings and promulgating a body of standardized teachings; the imagistic mode, uniting much smaller communities cultivating somewhat personal and esoteric revelations. The doctrinal mode appears to be relatively recent, originating in the rise of agriculture and complex social organization. The imagistic mode is much older, originating in small-scale traditional societies and persisting today largely in the form of local traditions on the fringes of much larger doctrinal systems.

Learn more about our approaches to the key questions guiding this research.

What is the psychology underlying rituals modes?

To address this question, project researchers are trying to disambiguate the constituent parts of rituals and their interactive effects on social bonding across a wide variety of contexts. They are also exploring the intervening psychological mechanisms, particularly those involved in autobiographical vs. semantic memory and personal vs. social self-concept formation. Our longitudinal research is revealing that nationally important rituals with imagistic elements significantly influence the emotions, memory, and social identities of citizens. Importantly, we note that perceived relationships are relatively stable over time, despite political polarization. We have also identified that a key component driving cohesion in ritual groups is developing positive emotions following participation. This finding was initially identified in a worldwide sample of martial artists and replicated in a study of the effects of the inauguration ceremony of President Trump. Comparing identity fusion and identification in Islamist groups in Indonesia we found fusion to be higher in the extreme group where more imagistic practices and confirmed the important role that identification plays in societies with high levels of doctrinal rituals. In addition, our research with children have revealed the importance that cultural rituals play in determining cultural values and belief in supernatural agents, like Santa and the Easter Bunny. And our online studies involving artificial ritual videos revealed how a small number of ritualistic actions embedded longer sequences can lead to better memory for the entire sequence.

What is the role of ritual in intergroup conflict?

Our researchers have been studying the ritual dynamics of special populations exposed to group-related violence (e.g., war veterans, ex-convicts, war-torn communities), helping us to extend the modes theory. For example, we have been using a mathematical model of the evolution of violent self-sacrifice for the group to generate predictions we can then test empirically with samples of military veterans, participants in hazing rituals, football fans, martial arts practitioners, and a large sample of twins. This research has been helping us to explain willingness to fight and die for the group and has important implications for tackling sectarianism, gang-related violence, and suicide terrorism. Researchers found that shared suffering in the wake of a traumatic group loss can serve to increase social cohesion and prosocial giving toward a common cause. In addition, we found that in highly competitive intergroup contexts, highly fused individuals are exceptionally willing to cause harm to outgroup members to maximize the ingroup’s advantage. Identifying this source of conflict escalation is a key step toward developing novel means of conflict resolution. We have also been studying barrier-crossing leaders working in communities with histories of religious and ethnic conflict and found that leaders who have personally experienced profound suffering with outgroup members are subsequently fused to the outgroup and thus able to effectively pursue inter-group conflict resolution. Our researchers also found that when Brazilian football hooligans perceive themselves as brothers-in-arms, they feel justified to engage in defensive violence against outgroups. Contrary to rival perspectives, we found no evidence that violent hooligans were socially maladjusted. Membership of extreme sub-groups exacerbated the relationship between fusion and violence. We also found evidence that membership of extreme sub-groups was associated with higher fusion and violence levels among hard core Indonesian and Australian football fans. Here, we found that fusion mediated the relationship between relational transformativeness and violent pro-group outcomes.

What is the role of ritual in the evolution of social complexity?

Efforts to address this question have been focusing on ways in which rituals have facilitated ever larger groups. Building upon extensive collaborations with humanities scholars, we have been coding and statistically analyzing data on ritual and cohesion in a large historical database covering hundreds of groups over the past 10,000 years. This allowed us to engage with one of the biggest questions in evolutionary anthropology: how can we define and measure the evolution of social complexity over time? Our key finding is that social complexity has a one-dimensional nature and that, as predicted by some scholars, population size is highly correlated with social complexity (PNAS 2018). Our work also shown that when analyzing data globally over long-term timescales a rise in social complexity takes place before the emergence and spread of beliefs in moralizing gods and suggests also that the rise of the doctrinal mode may have played a key role in helping the first large-scale societies to form. 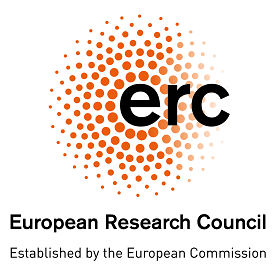 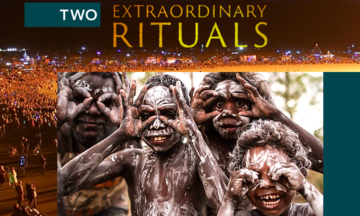 Extraordinary Rituals: A look at the world's most spectacular and extreme rituals 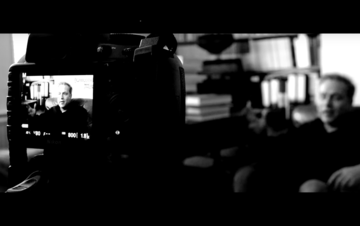 Rituals As Social Glue: An Interview With Harvey Whitehouse